How Channing Tatum beat up my Victim 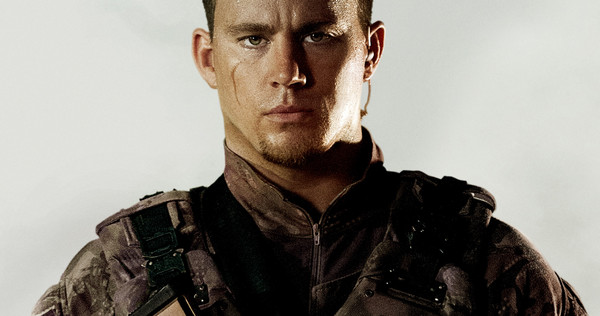 Yes, you heard that correctly! I wanted to share a very pivotal dream I had some months ago which more than solidified my love for angels, and also propelled me significantly on a big healing journey. 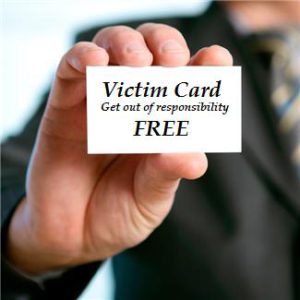 In my early-morning dream, the scene fades from all white, and brings into focus a teenage boy. The boy is half lying on a long sofa, and is wearing a kid’s “Sheriff Hat” while he sits toiling and complaining. The boy looks at me, then turns away, reclining and mocking me. He’s the king of his castle. He plays video games, watches TV, and tells others what to do. When he doesn’t get his way he explodes into anger.

The boy has an angry outburst and screams for me to leave. Commands me, really.

Just then, a man dressed in what appears to be renaissance leather armor walks from behind me, approaching the boy on the sofa. To me, this man looks just like the actor, Channing Tatum, only he had tattoos of wings and trinity symbols on his arms. He is a courageous and holy man, yet a warrior as well.

He then begins punching this boy in the sheriff hat until the boy’s screams stop, and he sits up on the sofa, then begins to look at me. The boy is defeated and silent.

Then Channing Tatum, the angel, approaches me and holds out his hand to touch my stomach, right under the naval. It was as if an electrical current came into my body in an instant!

“You’re now in control. Your victim is at bay,” stated this Angel.

I awoke instantly, feeling more refreshed from sleep than I had in months.

After journaling about this dream and speaking to others, it is my impression that this was a dream visitation by Archangel Michael. Now, whether you believe angels are real or not, stick with me. Michael is considered the protector and warrior Angel, who often appears to be very knightly, strong, gallant, and almost “super-human” in strength. Why he appeared as Channing Tatum in my dream, I have no idea. Perhaps it was an image I could understand. I think it worked well, at any rate. 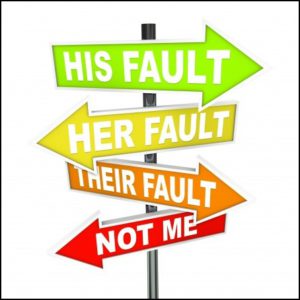 Ever since this dream, I have come to a greater understanding of how in the past I would lash out as my “victim” toward any conflict or disagreement I might have had. Whenever a perceived injustice would happen, I would lead from “my victim” to counter-attack.

“How could they do that? How dare they disrespect me? They hurt me so bad and I’m forever angry!”

My victim would resort to name-calling, manipulating, or lashing out when others shared an opinion I didn’t share. I would throw my political opinions around and act very self-righteous. I made immediate enemies, and I held on to resentment, hurt, and anger, thinking that I was “right” – or better, “justified” for doing so.

My victim was hurting me. This “kid on the sofa” kept me from forgiving others. I listened to him instead of allowing Love and Acceptance to overflow my heart. He kept me from seeing everyone I met in my life as a reflection of the Divine. My victim assisted me in sewing the seeds of distrust and skepticism with the many folks I had come to know. He would whisper in my ear that “They don’t really care about you.” and “Soon you’ll have the rug pulled out from under you.”

But after this dream – after Angel Michael/Channing beat up my victim, forgiveness began to flow in. I started to understand how Grace could come into my life, and how I could turn away from a mentality that is so strongly reinforced by the culture we live in. The “professional victim” is always discriminated against, always suffers injustice, always becomes jealous of others’ achievements, always protests, always name-calls, and uses language and tools of the culture to manipulate, discredit, and attempt to ridicule others.

A River of Grace started flowing in me when my victim was defeated.

Just as Michael came to beat up MY victim, I want to encourage you all to call upon him to defeat yours. I personally do not “worship” angels, but I believe that they exist for us communicate to directly. Maybe Angel Michael will visit as Channing Tatum for you, or perhaps someone else. Who knows really? But I also encourage you to look closely at the points in your life where your “victim” is speaking through you.

Do you feel the need to discredit someone for an opinion or political belief? Do you find yourself using namecalling like “teabaggers” or “liberal wackos” or the like? Are you secretly at odds with a neighbor because they are against (or support) gay marriage or they don’t hold a viewpoint that you think is obviously “right”? Do you hold on to anger and resentment instead of turning to forgive and sew the seeds of Belonging?

If so, I think it’s time your victim was pummeled and you took control!

Blessings to you all. Know that you are loved!