On Ancestors and Lineage 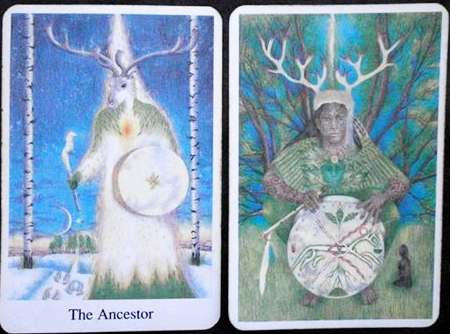 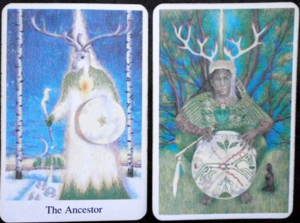 Anyone who knows me will tell you that I often have a rebellious desire to toss away tradition, dogma, initiations, and ideas of “lineage” – in aspects of healing, spirituality, faith, and Druidry.  I’m often the one who says “beat your own drum” and become a trail-blazer.

But something new has struck me it seems.

Perhaps it was a webinar I recently attended, where Phyllis Furumoto (the granddaughter to Hawayo Takata – bringer of Reiki to the west) addressed the topic of Lineage.  I’m following Phyllis a lot these days as she’s also on a “reconcilliation path” within the Reiki community. In this webinar, she both honored those who created new forms of Reiki, as well as kept close to her, this idea of “lineage” – where the energy has come from, and those who have passed it down to you.  Because she feels that Reiki is mostly a “folk practice” of healing, she values the role that an ancestor or “Reiki-Master-Before-You” has played in order to present to you your distinct “flavor” or variation of Reiki.

A lineage gives her perspective, which leads to wisdom.  This notion seemed to hit me quite viscerally lately.

Also this week, I received my much coveted tarot deck, The Greenwood Tarot in the mail.  This is the rarest of the rare of Tarot decks, being out of print since 1996.  I owned a copy of this deck previously, but then sold it when I decided that I would “go out on my own” and forge new roads spiritually.  The money I gained from the sale lasted briefly I’m sure, and for years I didn’t pay much attention to the idea of finding it again.  But now that I’m “returning” so to speak, I was simply CALLED to find it again, and find it I did – for about the price I sold it for years ago.  I also should note that the cards, once i received them, seemed largely untouched, and they were still IN ORDER according to the card system, and had never been shuffled. 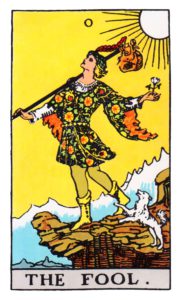 One of the aspects of this deck in particular, is the distinct order of cards as compared to a standard tarot deck (not to mention that it’s all very pre-Celtic and Forest themed).  So, if you know anything about the Tarot, you know that The Fool is the first card – representing the one taking a journey in to the unknown.  They take a “leap of faith” off the mountaintop, jumping off headlong, hoping that their net will appear.  Then, often the next card in a Tarot deck is The Magician, and in similar forest decks, this is denoted as “The Shaman” or “walker between worlds.”  This magical realm brought about by the Magician, or journeyed to by the Shaman, sets the stage for one’s journey into what the cards wish to teach us.

In The Greenwood Tarot however, the second card after The  Fool is “The Ancestor” (pictured at the top of this post).  This ancestor stands between two birch trees, beside the tracks of the Caribou who have traveled the land in this pathway since they began to dwell on Earth (by the way, woodland deer and caribou are considered to be some of the most ancient forest mammals on the planet).  The Ancestor illuminates this path of footprints while healing light beams down onto her from the heavens or from some kind of Source.  She carries a drum, which to me represents her “craft” or purpose (as in “beating ones own drum”), but she makes sure to show you the path where others have tread.

And the idea that THIS CARD is placed prominently at the beginning of the “fools journey” – BEFORE The Magician/Shaman goes into a meditative state, or “The Shimmering” as they say in Celtic lore – seemed to open a new doorway in my mind about this “lineage thing” I’ve often poo-pooed.

Myself, I have an unknown “ancestor” in my family tree to thank for my re-discovery of Celtic Spirituality.  Tracing back my own ancestral lineage to the clans of Scotland and then to Columcille and the Isle of Iona gave me a profound new connection to a Spirituality that I only dabbled in, that had a “weaker cohesiveness” to put it mildly.  Sure, I was beating my own drum, but I discovered a greater inner depth and reunion by following the physical and energetic “lineage” of those who came before me on one branch of my family tree – my Tree of Life.

Back to the “light coming from Source” idea for a bit.  In the traditional Usui Reiki, the predominant story is that Mikao Usui (the founder of our system of Reiki in the west), climbed to the top of Mount Kurama in Japan to meditate until he was “near death” or perhaps when he had “died to his Earthly desires.”  After 21 days, the story goes that a “great beam of light” came down upon him, and he was shown symbols and this system of Reiki – the channeling of Ki, or Universal Life Energy.

Source, or God, or Light (whatever name you wish to attach) is the infinite well of this Energy, beaming down upon us all.  But those who carry the Light have the great task in front of them to share it with others, and have their “systems” or “songs of their drums” passed down to others.  So I’m finding that this “lineage thing” may very well be VERY IMPORTANT.  In fact, science is now showing us that our very cells emit photons and that we essentially “project light” in our day to day living.

This is quite a change for me.  No, I’ve not been abducted by some alien force and a clone is not now speaking through this blog post.  I feel that this is a very transformative notion for me at this time, and that something has changed in me.  This is new and uncharted territory.

So many lessons seem to be presenting themselves to me, and all at this present time.  There was a BIGGER reason for me to spend the money on The Greenwood Tarot, to meet this Ancestor, who showed up to illuminate the path of others’ footprints – those who have gone before me in the great Story of this mythical forest of the heart, mind, and soul.  There is a BIGGER reason why I’m paying more attention to the words and ideas coming from Phyllis Furumoto.

I’m not entirely sure what this “bigger reason” is entirely, or what’s unfolding out in front of me (maybe I’m not meant to fully know yet), but the path is becoming much more interesting!