Take the Paranormal Pledge with me! 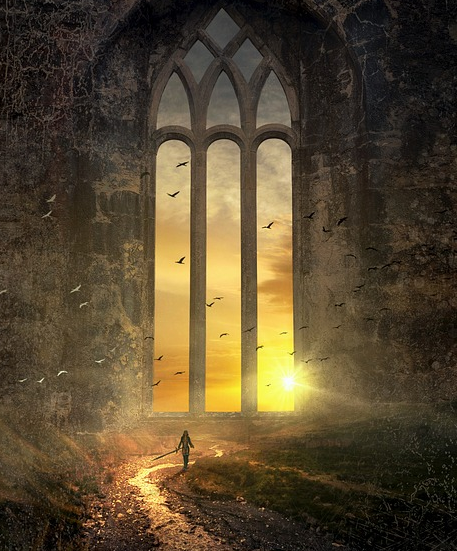 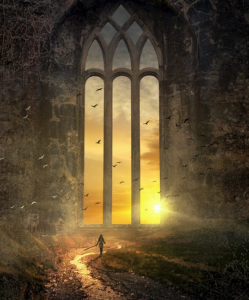 I’ve been very inspired by the work of Heidi Hollis, founder of paranormalpledge.com, in her efforts to “get people talking” about their paranormal experiences.  I’m in total agreement with Heidi.  We should all take the pledge to tell at least one person about our paranormal experiences, as there is much we can learn from one another by “bringing things into the light” and sharing with one another.

So raise your right hand and speak the following:

“I PROMISE to speak to at least one person in the near future about the paranormal or supernatural experiences I’ve had in my life.”

There, that wasn’t so hard, was it?

In light of this, I wanted to share with you some of MY most memorable supernatural or paranormal experiences from childhood to early adulthood.  Here we go!

Age 4 – sometime around Christmas time I was awakened in the middle of the night because there was actually a thunderstorm happening with lots of thunder and lightning.  I was drawn to get up out of bed and walk toward the Christmas Tree in the living room.  Maybe it was Christmas Eve, I don’t remember the date.  But as I walked into the living room to look at the tree, I remember a huge clap of thunder and lightning.  As the lightning struck, I remember literally flying across the room and seeing everything in bright rainbow colors that I’d never seen before, and feeling like I was flying back to my room – like I was at the top of the ceiling.  I remember waking up the next morning laying in bed on top of my covers, thinking that it was odd that I wasn’t tucked under my blankets.  It was only until I was well into my 30s after reading others’ experiences, that I felt that perhaps I was actually struck by lightning.  After this experience however, I feel like the roots of my “independent-strong-willed-child” disposition (that I’ve carried well into my adulthood to now) and my more intuitive nature began.

Age 4 – 8 I had a few recurring dreams that I distinctly remember having MANY times in early childhood.  One of being in a large pit where dead bodies were stacked upon one another.  I was a living being however.  I would always wake up terrified after seeing another body fall into the pit and impact atop the stack of bodies.  Another recurring dream was of a girl with red hair turning into a cheeta and growling at me.  The other recurring dream was of me walking through a thick forest, then seeing a green “light being” appear who would watch me.

Age 5 – I have a strange memory of a possible traumatic death from a car accident.  The car accident did actually happen, but my memories do not match up with the events.  My father was driving, and apparently a man on a tractor in rural Iowa pulled out in front of the car, causing us to hit him, crunching the entire front end of the station wagon.  My memory, from being in the back seat was that at the point of impact, I saw my father crash forward in front of me, then slam back on his seat, and many long rivers of blood came over the back of the seat.  I then blacked out most likely for many hours.  I remember waking up at a gas station, seeing my mother, and asking her what happened.

“Your Grandma’s coming to get us.  Everyone is all right.”

No one had a scratch, and my father was just fine.  We do still have pictures of this car crash.

In my 20s I had a dream about this accident and then waking up in the same gas station, only to see a mangled body across the room, and my mother was behind me saying, “Over there is your old body.  We had to get you a new one.”

Age 6 – I met witches on my walk home from school in First Grade (my school was in the neighborhood).  We lived in a small Iowa town then (Nevada, IA).  On this walk home from school, two teenage girls walked with me for a while, and they told me “We’re Witches!”  “We can fly!”  As we were approaching my house they told me to go into the back yard and watch them fly over the neighbor’s rooftop.  I stood out in the back yard for maybe 5 minutes and then I saw each of these girls JUMPING over a roof (yes as if they were jumping over a hurdle in a relay race!), and landing on the ground behind bushes nearby.

Age 6 – Near abduction and a “soup dinner” in an abandoned house.   A friend of mine at school convinced me to get a ride home from school with his sister and her boyfriend.  They drive all over town before dropping me off at home.  I hear the girl say to her boyfriend who is driving, “I know you think he’s special and gifted, but we just can’t take him.”  A few days later this same school friend invites me to a house in the neighborhood for dinner with other kids.  It wasn’t very far, so I walked with him to the house, where an old woman was feeding maybe a dozen kids my age.  Tomato soup and crackers was all she served, and I did not like tomato soup, so I said I couldn’t eat it, and left to go home.  A couple of days later I told my mom about the lady who served soup to kids in the neighborhood.  We took a walk to the house, only to find that it was completely abandoned with windows cracked and broken. A large, old, broken, and dusty table and chairs could be seen through the front window.

Age 15 – October 12, 1984.  I am asleep and in a dream I experience a HUGE explosion (in the dream it seemed like a nuclear bomb as it was huge and loud and echoed all through my body).  In the dream I see a beach and some dune-buggies driving away quickly down the beach away from the explosion).  I wake up and see that the time is 3:10am.  The next day in the newspaper, I read of the Brighton Hotel Bombing in Brighton, England, where Margaret Thatcher was staying.  The newspaper I was reading reported the time of the bombing at approximately 3:09am on the 12th.  The town of Brighton, East Sussex lies right along the coast, and the hotel overlooked the beach.

Age 16 – I see a possible UFO.  My father and I are up late one summer night watching a movie on Cinemax (back in the early days of having Cable TV, MTV, etc.).  The power in our house and in all of the block goes out, and out our window in the sky we see a flashing red light blinking and descending in the sky, making a kind of “jingle bell” sound as the light blinked.  Once the “craft” or “light” stopped blinking and appeared that it landed about a mile away, our power came back on.

Age 18 or 19.  A bunch of friends and I were experimenting with energy fields and feeling the energy in our hands in the dark.  This turned into a more spooky experiment where we would play this “hand/energy game” and try to “take others’ energy” and push people away with just our energy fields.  One night when I was playing this game with friends, I decided to pull in all energy of love during the game. When I was putting my hands up to another friends hands, I looked into her eyes with this energy of total love in my heart.  She pulled away almost terrified, and later told me that when she looked at my eyes, she saw beams of white light coming out of my eyes.

Age 18 – I “felt” my first spirit of a person who was dead pass through me.  My friend Lisa, who was 16, died in a car accident tragically.  She actually had a huge crush on me while I was dating another girl (yes I dated girls then!).  After her funeral and burial, maybe a week or more after her death, I visited her grave to leave a flower and to tell her that I was so sorry.  After I visited the grave, and when I got back into my car, I felt this energetic breeze flow around and through my body, and there was an distinct smell of Lisa on my skin and around me, and I knew she was present.

I’ve had many more experiences – perhaps more than I can count or remember.  I’ve had “ghosts” or unknown entities scratch my leg in an old house in Fridley, Minnesota.  A strange, short being was thrown against a wall, out of the bed, by my then sleeping partner (who has no recollection of this).  Moreso lately, I have vivid dreams that often manifest in strange ways in the waking world.

In all, I believe we all should start talking to one another about these experiences.  I believe we may find that these “paranormal” experiences may be quite “normal” for everyone.

Oh..and did I mention I also snapped a picture of a possible Sasquatch/Bigfoot entity in 2008?  That one will have to wait, however.  it merits its own blog post (or more).